Hellooo my Beauties! How’s a going? Next Tuesday is the Fast of תשעה באב (the ninth of Av) ,for all those that don’t know- Av is the hebrew month that we are in now and on the Ninth of Av both Temples (the first and second temple) were destroyed we have mourned their destruction every year on this date for two thousand years (1949 years since the destruction of the second temple). So I wanted to share some teachings about Tisha Bav, that I found really beautiful. (Most of these teachings are from Rabbi Shlomo Carlebach)

“In the Holy Temple, the most important part was the singing-the singing of the holy tribe, the Levites. According to our tradition, there were 50,000 instruments and 100,000 voices. They would alternate every few minutes, day and night. They would sing and play for the One, for the only One. Every note and every melody was the deepest prayer in the world. Those songs and prayers were so deep, they reached into the deepest depths of every human being. You cannot hear those melodies and prayers without returning to the One, the only One…” 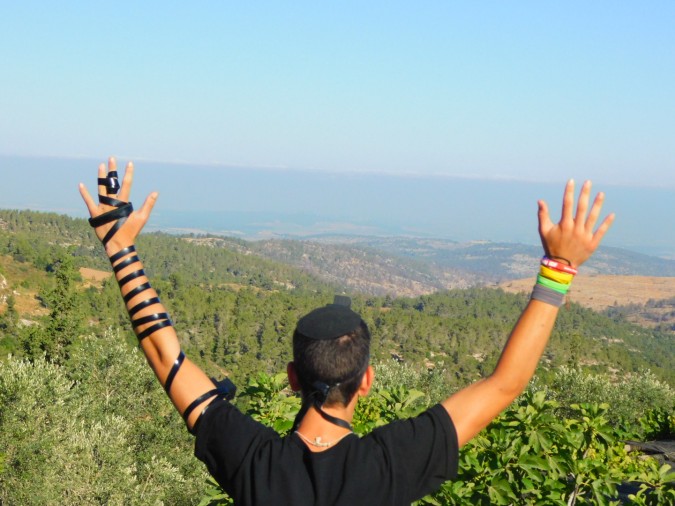 “The month of destruction is called Menachem Av, Menachem is the hebrew word for “consolation”, Av is one of the hebrew words for Father, so the name of this month means that God ,our Father in heaven, is begging us, his children, “Please, console me!” , “Nachamu, Nachamu Ami…” (Isaiah 40;1) “Console, console my people”. God is begging us “Please my people console me! Please!” and what do we answer? Menachem Av-How do we console our Father? We promise you that this will be the year. This year, will come back to you. This year we’ll come back to the temple. This year will answer your nocking. This year we will return…”

For as much as we cry and our heart is broken over this state of גלות (exile) he hurts so much more, he has been hurt so much more “On him whom they have pierced…” (Zechariah 12:10). Meanwhile we are waiting, waiting for the Mashiach to come and take us out of this exile. Waiting for the ‘א’ (alef) to turn גולה(exile) into גאולה (redemption). And while we wait we mourn and fast so

“The fasts of the fourth,fifth,seventh and tenth months will become joyful and glad occasions…” (zechariah 8:19)

Here you goooooo, here is the recipe for Mini  Sourdough Bagels!!!!!!! Kilililililiyyyy! Woohooo! I’m so excited about this recipe!! Don’t ask how long ago I created this recipe, you’ll hate me for not sharing it way back then, Three months ago? um… that’s a nice rounding, you know five=three months that’s kinda close right? Yah just recently had a chance to make it again and take pictures… These bagels are sooo yummy! They have a chewy crust and are just amazzzzing!  There cute and small to help portion control them. Sooo making Bagels sounds pretty scary doesn’t it? Especially on plan bagels… But it isn’t I promise! It is actually pretty easy, you pretty much have three stages: 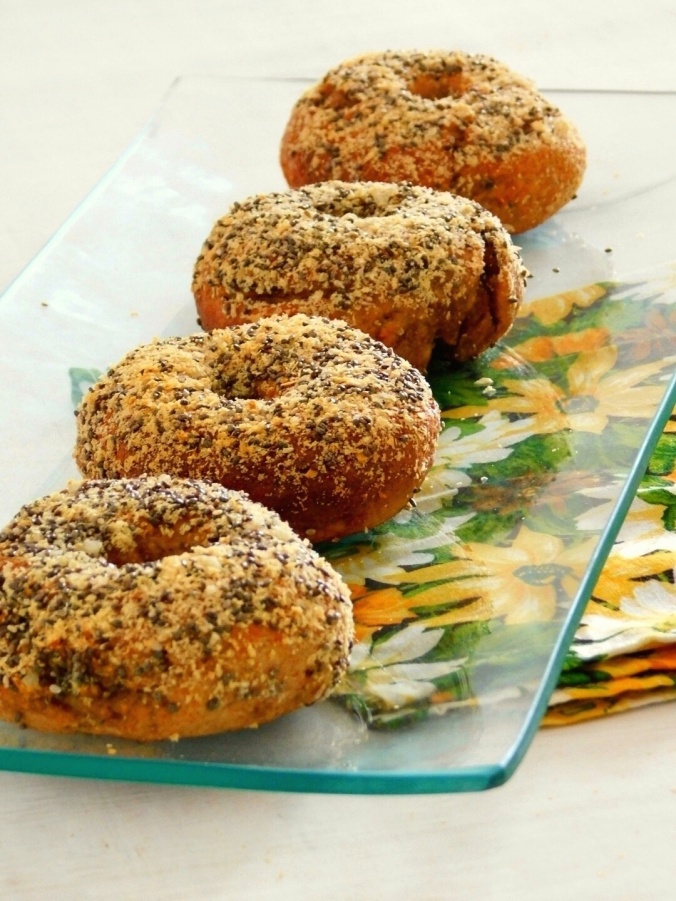 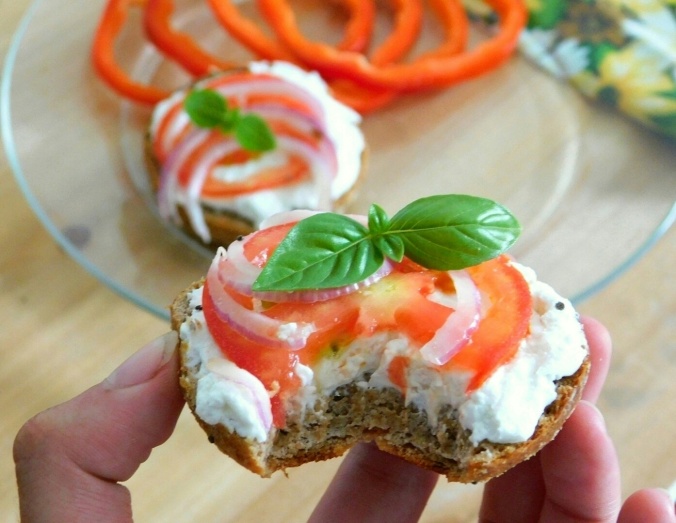 *If you don’t like nutritional yeast DON’T PUT IT ON! It can have a somewhat strong flavor if your not sure if you like it or not don’t try it on this recipe, you don’t want to discover after all your hard work that you don’t like them!

So what do you put on an E bagel?? If you live in America you can use up to one ounce of 1/3 less fat cream cheese but make sure you don’t add any other fat in your meal or you can add a few wedges of laughing cow cheese. Other more puristie  options:

Of course if you want to have a crossover then the skies the limit for all the options! These also taste amazing warmed up with some butter on top! Try and only eat one or two of these bagels and fill up on a big salad on the side!

I hope you enjoy these:)

Heyyyyyy! How are all you peeps doing? Enjoying summer? Boy I sure am! I absolutely adore summer, but that’s not anything new. I can’t believe I’m just now sitting down to type this post, it’s been way too long since I’ve posted so, sorry. I wanted to post this two weeks ago but ya know life happens:).

Two weeks ago I went to a music summer camp which was so so so much fun! I had such a blast. The camp was for four days, on the first day (we arrived in the afternoon so it was only half a day) after we met every one briefly I had a guitar lesson the teacher was really fun and laid back so it was a cool class, even though I wasn’t as advanced as the other kids playing there. I’m still trying to work on my Guitar skills, just need more time… and maybe some more discipline… That night there was singing and worship (every night there was actually, it was so amazing!).we slept at Shoresh,a town nearby,it was soo pretty there and I met my awesome roomies! Sweetest girls ever! 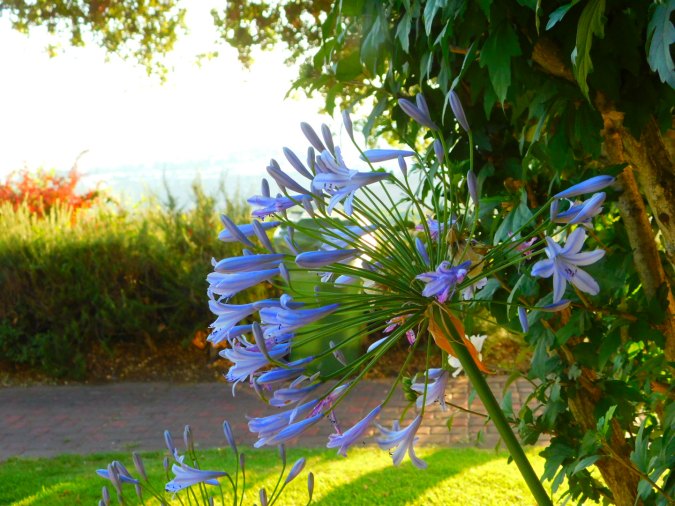 Then on the second day I took singing lessons, which was so much fun! The teacher was just so sweet and precious. It felt good to have a singing lesson again, I took singing lessons when I was thirteen as part of my school requirements and I really enjoyed it so it was great to have the opportunity to take a lesson again! In the afternoon there were a few workshops that were really nice and then dinner, after dinner it was open mic night it was cool seeing everybody’s talents.

On the third day, this was one of the funnest days. I went to the filmmaking class and I was expecting that we would probably just learn how to film and how to use the camera etc’ but instead we had a professional filmer come and make a video to a song with us acting it out and stuff. It was really fun! Then in the afternoon we watched him edit it and put it all together it was pretty amazing! That evening me and my friends we outside right around sunset, wow, the sunsets there are so beautiful! andddd I got them to pose for me:) 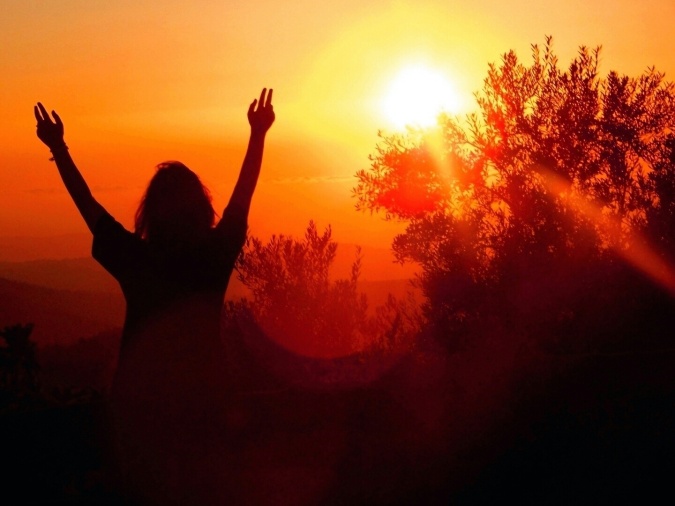 The fourth day was a blast in the morning we went to the pool which was so much fun and refreshing it was so hot.They blew up a slide at the end and it was fun sliding down it and going down backwards and headfirst you get the picture:). Then in the afternoon we practice with the band/team they put as in or we threw the football around. We brought our football to the camp, I am so glad we did we had a ton of fun with it!

On the last day we work up super late, we didn’t get to bed until around two thirty in the morning, it was the last night so we thought might as well make the most out of it:) so we talked and played games. Almost everyone missed breakfast that morning. We packed up took pictures and said good bye! I learned so much from this camp and such amazing inspiring people it was great!

If you’re wondering what I  ate at the camp for four day(with sticking to my crohn’s/THM diet) this is what I did:

I made ahead muffins for breakfast I actually didn’t have to, since they always had boiled eggs and veggies there, that’s one great thing about most meals here there is always salads and lots of them! Then for lunch I made Flax flatbread(I forgot what it’s called!) and made a sandwich out of that with goat cheese and veggies. Then for snack I made superfood chews! so yummy! and PB cookies. Dinner was really good, there were tons of different salads to choose from and then the was fish and meat it was really delicious and for dessert they had fresh fruit, so I ate well. That’s about it my friends!

Can I be mean for a second? Here’s a sneak peek at next week’s post:) Mini Sourdough Bagels my Friends!

Have a great weekend:)